When it was built, the London Eye was the largest cantilevered observation wheel ever built. Standing at an impressive 135m tall and with a 120m diameter, it is the fifth tallest structure in London. Based on the South Bank of the River Thames, it is designed to be both beautiful and enjoyable, providing breath-taking views in a unique and different way. The design and realisation for the wheel has drawn on many areas and disciplines of engineering. Fairfields was proud to be part of the engineering team responsible for successful completion of this world record breaking project. 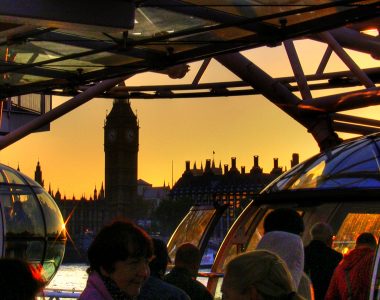 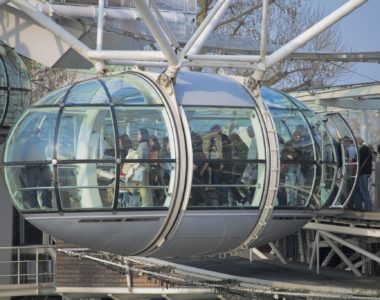 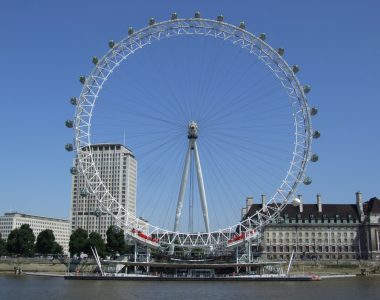 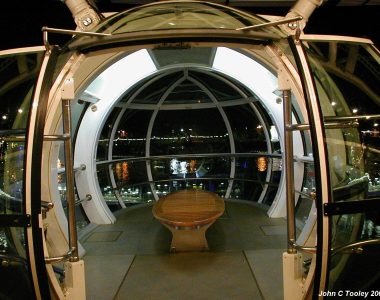 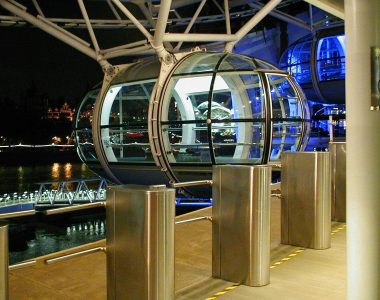 Fairfields designed, implemented and commissioned the PLC control system for the “Dynamic Boarding Platform” for the London Eye. During the simulation stage of the wheel design, it was determined that, due to environmental conditions and manufacturing tolerances imposed on the wheel, the boarding platform would have to be a dynamic structure relative to each of the 32 passenger capsules around the wheel rim. In essence, the platform would have to adjust its horizontal and vertical position to maintain a constant step for each passenger embarking or disembarking from each capsule.

The rim of the London Eye is supported by tensioned steel cables and is not dissimilar to a giant spoked bicycle wheel. The 32 oval capsules are sealed and air-conditioned and are attached to the external circumference of the wheel and rotated by electric motors. Each of the 10-tonne capsules represents one of the London Boroughs and can hold up to 25 people. The wheel rotates at 26 cm per second so that one revolution takes about 30 minutes.

To provide synchronised measurement and control of the boarding platform, a combination of position measuring instrumentation, high-speed communication networking and high tech PLC equipment was employed. Through measurement of wheel angle and wheel rim vertical and horizontal displacement, combined with known manufacturing data on the wheel, it was possible to dynamically generate a profile for the position of the wheel rim in all three axis. The PLC then uses this displacement profile to command the boarding platform actuators to move, and so maintain a 50mm gap between the edge of the platform and the passenger capsule as the wheel rotates.

With the stopping distance of the wheel being up to 3 meters, collision avoidance is a critical aspect of the system design. Prior to any physical movement of the finger units, both PLC’s must check and validate the new position set point. The PLC’s must agree the new set point is valid before the Master PLC issues the control commands. As a second check, the position of the finger units is continuously monitored using secondary encoders to verify the movement.

The London Eye has won over 85 awards for national and international tourism, architectural quality and engineering. It is the UK’s most popular paid for visitor attraction with around 3.75m visitors each year. With initial planning permission of just 5 years, the structure was only intended to be temporary but owing to its immense popularity, it has become a permanent structure on London’s skyline.

The Eye has done for London what the Eiffel Tower did for Paris, which is to give it a symbol and to let people climb above the city and look back down on it. Not just specialists or rich people, but everybody. That's the beauty of it: it is public and accessible, and it is in a great position at the heart of London.

Laureate of the Pritzker Architecture Prize