The Hatfield Drain, River Torne and South Drain, collectively known as the Three Rivers, flow into a lagoon at Keadby Pumping Station near Scunthorpe before joining the River Trent. The large pumping station serves to drain excess water into the River Trent, whilst keeping enough water in the Three Rivers to serve the 37,000 hectares of farmland upstream.  It also prevents water from flowing back from the Trent into the lagoon during high tides or flood events.  Control of water levels is achieved through the use of 6 penstock gates, 5 diesel-powered pumps and 1 electric pump. 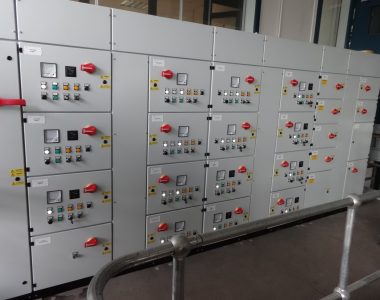 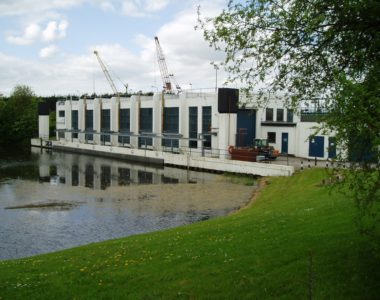 Fairfields produced a detailed programme that enabled the new equipment to be installed while maintaining as much of the operating capability of the pumping station as possible. This kept downtime, and therefore risk, to a minimum.

In December 2013, severe flooding from the River Trent affected Keadby where around 80 homes were flooded leading to over 500 properties being evacuated. The static flood defences in the area were breached and the pumping station was flooded internally. As a result the MCC, which was located at ground level, incurred serious water damage. Fairfields was contracted to provide a replacement MCC to be located at a higher level within the pumping station along with associated works and full re-commissioning.

The new MCC was to be located on a new mezzanine floor, as provided by the client, in order to eliminate the flood risk.  Due to space constraints, the mains/generator change-over system had to be excluded from the new MCC and was consequently re-designed into a new change-over panel using a motorised transfer switch.  A new incoming mains protection device was also provided.

The age of the pumping station and the number of different companies that had previously worked at the site resulted in various discrepancies between the existing site schematics and the actual wiring. These were identified during the site investigation stage and were successfully addressed by Fairfields in the new design.

The complex arrangements in the pumping station were also a challenge, with various parallel systems in a relatively confined area. These included the hydraulic, cooling water, diesel, grease and vacuum priming systems, as well as the sluicing and pumping systems.

The change over from old to new equipment could not be undertaken all at once since this would have disabled the pumping station for too long a period.  To address this, Fairfields produced a detailed programme that enabled the new equipment to be installed while maintaining as much of the operating capability of the pumping station as possible.  This kept downtime, and therefore risk, to a minimum.

The project began in February 2014 with the design, building and testing taking place in the following weeks. Installation work started on site in August 2014 and the replacement MCC was successfully commissioned during September 2014. The mains/generator changeover was completed in October 2014. 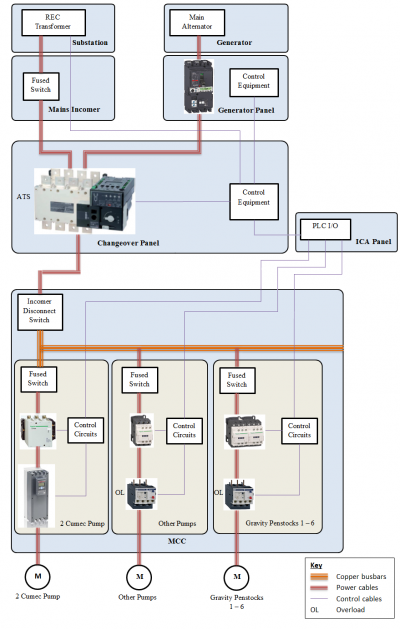