The ride was constructed using 10,000 tonnes of concrete and 500 tonnes of steel. The construction team were even taught some ancient Viking building methods, such as wattling fences and thatching to create an authentic and unique attraction where the boats climb and pass through man-made mountains.  The ride has two forward chutes; one 12 metres high and one 6 metres high. It also uses two turntables to rotate the boats and send them down a third 6 meter chute in reverse, ensuring riders are soaked from all angles. 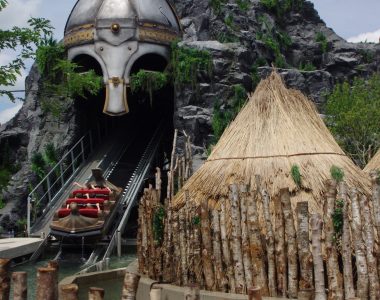 One of the 3 chutes 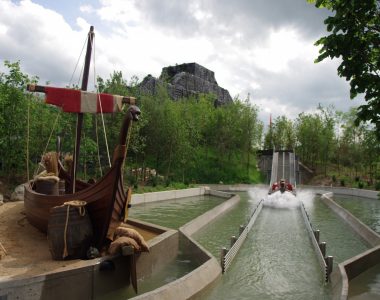 Bottom of the 6 metre chute 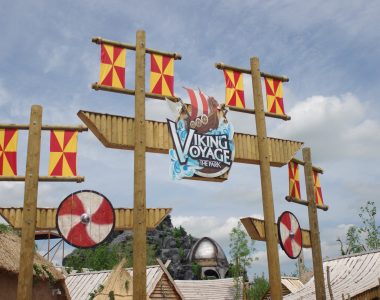 The entrance to the super flume 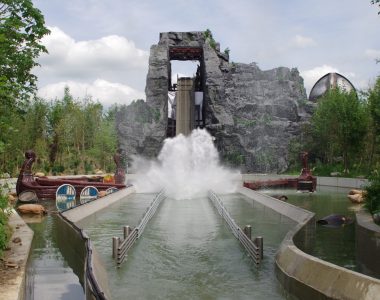 The splash at the bottom of the 12 metre chute 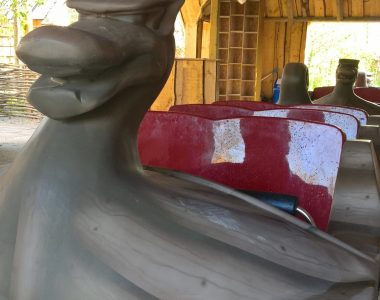 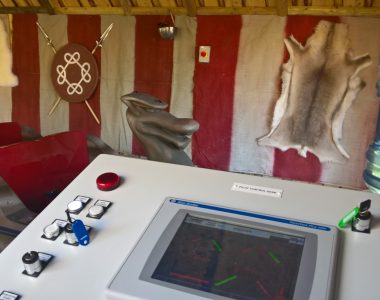 The operator desk, designed by Fairfields 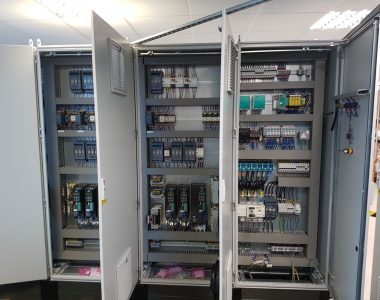 Control panel prior to installation during the testing phase 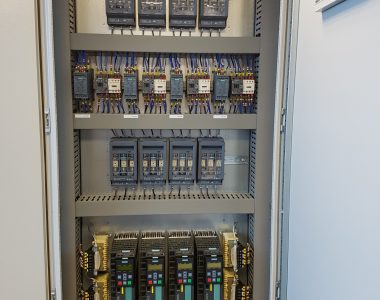 One of the control panels 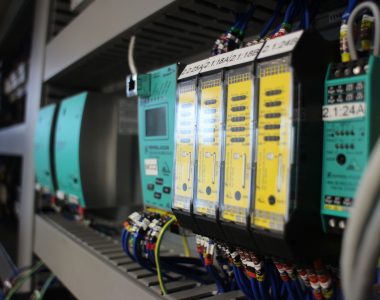 Our TUV qualified Functional Safety Engineers applied their knowledge and skills in the implementation of the safety systems in accordance with standards for rides including 13849-2015; critical for such rides.

The so-called Super Flumes are more than a traditional log flume as passengers can be seated side by side, rather than in one row. The Viking Voyage super flume can seat up to 6 passengers per boat with each boat designed to resemble a Viking longboat. The ride can accommodate up to 720 people per hour, with 12 boats on the ride at any one time, taking 5 minutes for each boat to complete a circuit.

The ride was designed by industry ride specialists, Interlink LG, who asked Fairfields to design the control and supervisory system.

The layout of the ride includes 3 lifts, with a conveyor system that takes the boats to the top of each lift, 2 turntables and 4 circulation pumps. The ride is controlled By a Rockwell Allen Bradley CompactLogix PLC with Pepperl & Fuchs ASIsafe Safety System. A 10” Rockwell Allen Bradley PanelView HMI is used to provide the operator and maintainers an interface with the system.

The ride pumps and conveyors are controlled using a mixture of Siemens G120 Variable Speed Drives and Siemens Sirus Softstarts.

The main challenge for our Engineers was to design a robust system which would operate and control the multiple boats simultaneously, ensuring all people remain safe while safely monitoring the position of all boats in critical areas.

Using our patented ASisafe™ ride blocking system, we were able to provide a control system that monitored the position of the boats at various points of the ride to ensure safe operation at all times.

An additional challenge was due to the size of the ride and number of sensors. To overcome this, we employed two ASi Gateway units connected together using Safelink to provide a single overall safety monitoring system.

Our TUV qualified Functional Safety Engineers applied their knowledge and skills in the implementation of the safety systems in accordance with standards for rides including 13849-2015; critical for such rides.

The Viking Voyage Super Flume opened on time on 16th June 2017. Guests invited to the launch day were greeted by the sound of Viking horns and drums and a host of Vikings.

Fairfields were able to employ a strong team on this project who have extensive knowledge of the Leisure Industry through their work on other projects, including The London Dungeon Rat Trap ride, Wallace and Gromit Thrill-O-Matic ride at Blackpool Pleasure Beach and Dreamland’s Scenic Railway Rollercoaster at Margate.

We are extremely excited and proud that Tayto Park chose a ‘world-first’ ride and we expect a lot of interest after its launch.