A Team of employees from Fairfield Control Systems, Mackenzie Construction, Scottish Canals & AECOM are cycling from Glasgow to Edinburgh in memory of their beloved late colleague, Nick Leeming, to raise funds for Sheffield Hospitals Charity.

On 16th February 2021, we lost our friend and colleague Nick Leeming to Covid-19. Nick was a Gentle Man, a Great Colleague and a Great Friend, a true Gentleman to many people. In memory of him, a team made up of employees from Fairfield Control Systems Ltd, Scottish Canals, Mackenzie Construction, and Aecom will be peddling 55 miles across Scotland.

Nick joined the company back in January 2008 as a Design Engineer and progressed through the company to be a project manager leading several of our most significant projects. He has shaped not only his projects but the company and the people he met. He was supportive, dedicated and always wanted to help and mentor anyone who needed advice. Nick was diagnosed with kidney failure and, in 2014, underwent a kidney transplant to save his life.

Managing Director Michael Doney said, “It will be an honour to cycle to raise money in Nick’s memory and for such important charities that were so close to Nick’s heart. He was a gentle man, a great colleague, a great friend and a true gentleman – so we would be delighted if you could support our challenge.” 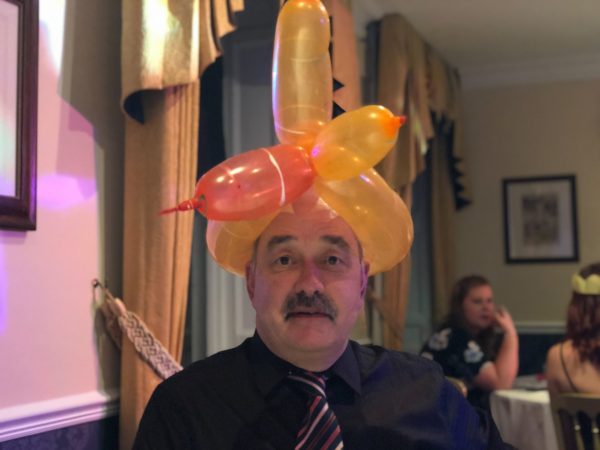 In February this year, after many months isolating from Covid-19, Nick sadly passed away. Leaving his family, friends and colleagues heartbroken. He was so loved and worked hard on all of his projects, both large and small, in his own inimitable style; you could always tell it was one of Nick’s Projects by his ability to see even the smallest of details which he ensured was done the Nick way. He loved to share his knowledge and experience and was never too busy to stop and help.

The combination of his strong character, personality and brilliant sense of humour put you at ease. Many who knew Nick knew how he loved a debate and sometimes would even start a debate for the enjoyment of the exchange and knowing that he was wrong. Some would call it arguing but with Nick involved, there was never a raised voice, there was always a passion and always banter, and would always close with one of those Nick smiles and a pat on the back. His huge personality will always stay with us.

The team pulled together and knew they needed to do something in memory of Nick and raise funds for the Renal Unit that provided so much care and support to Nick and his family.

The entire route is around 55 miles long and follows the Forth & Clyde Canals leading onto the Union Canal. They will be stopping at points on the canal where Nick played a part in the projects there.

Speaking with cyclist, John Tooley, who is the Senior Software Engineer at Fairfields. He said, “ I’ve not cycled for a long while, but as soon as the team came up with this challenge, I knew it would be a truly amazing way to remember Nick. He would have loved that we are heading to Scotland to ride along the canals that he had so much input into. The team are training so hard to make sure we do Nick proud, and I know that he would just love seeing us try!”

Jamie Cobb, Principal Engineer at Fairfields said, “This is a brilliant opportunity to remember Nick whilst raising some much-needed funds for the Sheffield Hospitals charity and the Sorby renal unit. It is a charity that is close to Nick and his family. I worked closely with Nick on many projects, and his cheerful charm is missed so much around our office.”

Ben Green, PR & Communications Manager at Sheffield Hospitals Charity, said: “Hearing about everybody’s memories and stories of Nick has been amazing because it immediately comes across what a special man he must have been.

“For so many of his colleagues to feel so moved to take on a challenge like this is remarkable and we are thrilled that Nick’s legacy will be to help so many patients and staff at the renal unit at the Northern General Hospital.

“If you can get behind the Fairfields challenge, then please do by visiting https://gofund.me/ab24813b