The Scenic Railway at the 16-acre Dreamland amusement park in Margate, Kent dates back to the 1920s and, as such, is the oldest surviving roller coaster in the UK. It is one of just eight scenic railways in the world. It was for these reasons that the timber framed railway was granted Grade II listed status by English Heritage in 2010 and Grade II* listed status in 2011. These were the first ever listings of an amusement park ride. The Scenic Railway has been described as the ‘heart of Dreamland’.

After many successful years as a seaside attraction, Dreamland declined in popularity during the latter stages of the 20th century and was eventually closed in 2005, after which the rides rapidly fell into disrepair. Worse still, an arson attack in 2008 resulted in the Scenic Railway being extensively damaged by fire, with the loss of the station and the workshops together with the original trains. However, a successful campaign to save the amusement park resulted in ‘Red or Dead’ designer, Wayne Hemingway MBE and his team at HemingwayDesign being commissioned to re-design the park whilst maintaining its 1920s character.
With an £18m budget, including funding from the Heritage Lottery Fund and the Department for Culture Media and Sport, existing rides were restored or replaced, whilst the Scenic Railway was painstakingly dismantled and reconstructed with the wooden elements being replaced piece by piece. 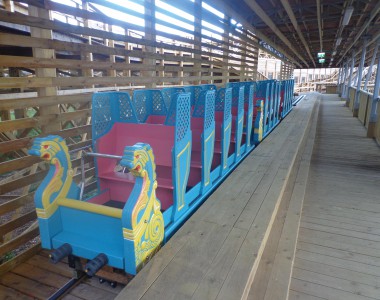 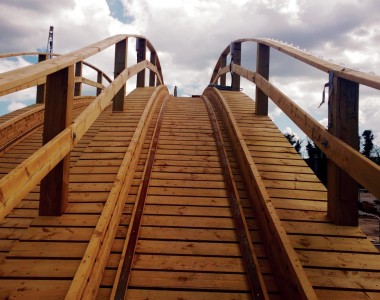 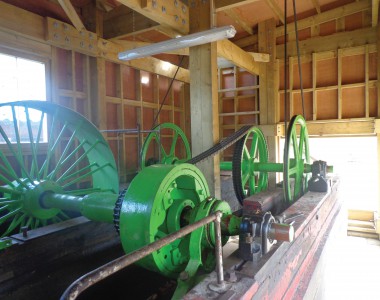 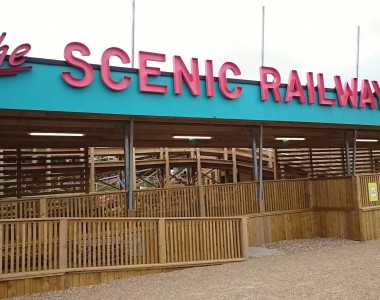 The control system incorporates a patented ‘ride supervisory system’ consisting of a sequencing PLC and a supervisory safety controller.

The Scenic Railway is a gravity twotrain roller coaster ride that consists of a loop of undulating track with two uphill sections, a station and a maintenance area.

When first built, the speed of the trains was controlled solely by a brakeman on each train who used a mechanical braking system to slow the speed of a train on the approach to corners and the station. A requirement of English Heritage for the reconstructed ride was that the brakemen should be retained, but for reasons of safety, additional brakes were introduced onto the track to safeguard against overspeeding and to control a train when approaching the station.

The movement of a train out of the station is managed by the control system. It requires the brakeman to send a wireless signal to advise that he is in place on a train which is ready to set off. A gate across the track only opens when the first ‘block section’ of the track is clear. Following this, the train is manually pushed out of the station and then travels around the track, either by means of gravity or by connecting with a rope system that pulls the train over the inclines and onto the next downhill section. The ‘blocking system’ operates around all parts of the track, including the station, thereby preventing a train from entering the next section if it is occupied by the previous train.

The control system, which is housed within the machine room, incorporates a patented ‘ride supervisory system’ and  consists of a sequencing PLC and a supervisory safety controller with six safety functions. A control network and auxiliary power network provides monitoring around the active parts of the ride and controls the rope motor and the additional brakes, depending on the status of the track and trains.

The control system was designed to ensure that the Scenic Railway complied fully with ISO 13849: Safety of Machinery.

Another challenge that was addressed was how to retain the essential features of the original 1920s ride, as listed by English Heritage, whilst ensuring that the ride complies with today’s health and safety standards.

Once again, the Scenic Railway is the centre-piece of Dreamland and is key to the success of the amusement park. Following extensive testing and commissioning, the ride was signed off by the park Safety Assessor for use late in 2015.

From concept to completion, the Fairfields Engineers demonstrated a clear understanding of ride control systems and their governing safety standards.